Archaeology provides a unique link between the diverse cultures of the past and our cultures today. This sub-discipline of anthropology helps us understand not only where and when people lived on the earth, but also why and how they have lived. Archaeologists examine the changes and causes of changes that have occurred in human cultures over time, seeking to identify and understand patterns of activity. To conduct archaeology means to study ancient and not-so-ancient human behaviour through investigation of the archaeological record: the excavation and documentation of archaeological sites, and analysis of material remains (artifacts, features, and ecofacts) found in context (i.e. the relationship that artifacts have to each other and the situation in which they are encountered). 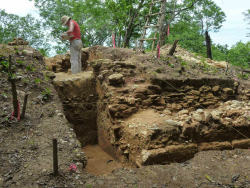 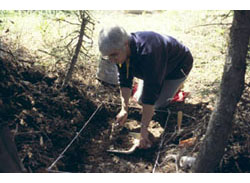 From million-year-old fossilized remains of our earliest human ancestors in Africa, to the Victorian era building located just down the street from your home, archaeologists analyze the physical remains of the past in pursuit of both broad and detail-specific understandings of human culture. These pursuits are typically classified into two main subfields:

In addition to the theoretical understandings, practical tools, and specific knowledge of the discipline, archaeology students acquire the following skills: